Now that more states are legalizing marijuana for both medical and recreational purposes, patients are beginning to ask healthcare providers if marijuana could be helpful for their symptoms or side effects of treatments.

As marijuana is federally illegal in the United States, it can be hard for healthcare professionals to find reliable and current information for their patients and families.

The National Cancer Institute has published on its website a discussion of cannabis and cannabinoids relating to cancer.

There are two versions, one for patients and families and another for healthcare professionals.

Both versions present studies that have been conducted with cannabis in the area of anti-tumor activity, stimulating appetite, pain relief, nausea and vomiting, anxiety, and sleep.

Unfortunately, no ongoing clinical trials of cannabis as a treatment for cancer in humans have been found in the database maintained by the National Institutes of Health.

There have, however, been studies in clinical trials for ways to manage side effects of cancer and cancer therapies, including nausea and vomiting, stimulating appetite, pain relief, anxiety, and sleep.

In the patient version, using simple and clear language, the studies are explained as well as possible uses of cannabis for cancer patients.

This could certainly be helpful information to give to patients and families if they are inquiring about medical marijuana. The information was last updated in December 2017.

The healthcare professionals’ version was updated in August 2018, so there is current information in more depth covering the same topics of symptoms, but with much more detail about the studies with appropriate references for further reading.

This information could assist the healthcare provider in the discussion of the possible uses and adverse effects of marijuana with patients, families and colleagues.

It can be difficult to get a clear understanding about Amazon Web Services (AWS), and how it can benefit your business. AWS offers over 100 services in more than a dozen data centers in 16 regions around the globe. Five more are in the works. They provide computing, storage, networking and deployment as well as management and a host "supporting" services such queues, serverless functions and e-mail. AWS may have more than one product that can help you work faster and smarter. So where do you begin?

This white paper will give you a solid understanding of AWS and explain how it works. It also explains how to get started.

Amazon, like many other successf?ul dot-com-era startups, was faced with an unimaginable problem at the beginning of the century. Their business had grown beyond the capabilities of pre-packaged software solutions. They had to completely rethink their infrastructure and design all their systems to meet the new requirements of their users. Amazon wanted to make sure that this new infrastructure was:

Auto-Scaling is the ability to respond dynamically to spikes in demand, increase or decrease capacity.

Integrated Backup and Disaster Recover: Operation like snapshot restores or recurring database backups are as easy as checking boxes on web forms.

Ease-of-use: The more they can make their services easy to use, the higher the chance that their developers will use them. Amazon created modular, API-driven services that could be used independently or together.

After building much of their infrastructure in the early 2000s Amazon realized they had an even more enviable problem: extra capacity that they only used occasionally. AWS was opened to limited public beta in 2006. Although the offerings were only a fraction what is currently available, the product range became immensely popular. They had over 300,000 users by 2007. The "beta" moniker was removed in 2008. In the years that followed, they have released new services and added features to existing services quickly. They also have prominent customers like Netflix, NASA, Pinterest, and NASA. To serve external customers, Amazon added the following features to its existing requirements:

Flexible Pricing: Nearly all services are offered via consumption-based pricing without any upfront fees. Only pay for what you use and when you use it.

Proactive Price Cutting: AWS can purchase hardware, software and bandwidth at significantly lower prices than other companies because they operate on a large scale. AWS has always passed these savings on to customers instead of making profits. In fact, AWS has reduced prices hundreds of thousands of times over the past eight years.

AWS is a popular way for businesses of any size to provide computing and storage services to their customers. AWS allows companies such as Netflix to operate with significantly lower headcount and greater agility.

To take a look at each version of the discussion, please click on the following links: 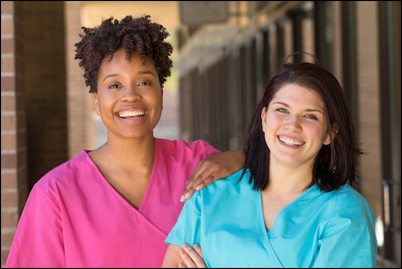