Life expectancy has dropped in America for the first time since 1999. The reasons for this are complex, but one of the main culprits is the growing opioid epidemic in this country. As opioid abuse and opioid-related deaths receive increased attention, we're starting to see best practices by healthcare providers change and evolve.
Physicians groups are developing changes in prescribing practices, the public is becoming aware on the abuse of opioids, alternative pain management measures are being discussed, and the president has proposed several programs aimed at stopping the epidemic. This is all a result of increased attention.
While increased attention and changes to process & behavior are very important, we still have an uphill battle ahead. Highlighting the severity of the epidemic, a recently published report by the Center of Disease Control (CDC) shows that many of the important opioid-related metrics, namely deaths and overdoses, have increased.
Opioid overdoses went up 30% from July 2016 through September 2017 in 52 areas in 45 states.
The Midwestern region witnessed opioid overdoses increase 70% from July 2016 through September 2017.
Opioid overdoses in large cities increased by 54% in 16 states.
From July 2016 through September 2017, opioid overdoses increased for:
People who have had an overdose are more likely to have another, so being seen in the emergency department (ED) is an opportunity for action. ED data provide an early warning system for health departments to identify increases in opioid overdoses more quickly and coordinate response efforts.
This fast-moving epidemic does not stay within state and county lines. Coordinated action between EDs, health departments, mental health and treatment providers, community-based organizations, and law enforcement can prevent opioid overdose and death.
This coordinated action needs to continue to increase and healthcare professionals have the opportunity to lead the way.
We would encourage you to take a look at the entire report:
CDC's Report on Opioid Overdoses
In addition to data and statistics, the report acts as an excellent resource to and starting point for those wanting to have a better understanding of what they can do to combat the opioid epidemic and know what resources and tools are available to them.
At AAACEUs, we offer several courses on opioid abuse. If you wish to learn more, we encourage you to take a look at the following courses:
Our courses are pre-approved by CCM, CRC, CDMS, CCAPP, NAADAC, MCBAP, CLCP, CVRP, RRP, CNLCP, RNs, and many more. 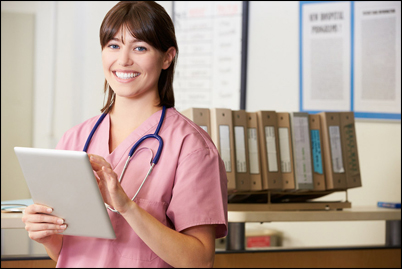