Legal Marijuana and the Decrease in Opioid Use


Legal Marijuana and the Decrease in Opioid Use
As more states legalize medical and recreational marijuana, doctors may be replacing opioid prescriptions with suggestions to visit a local medical marijuana dispensary.
Recently, JAMA Internal Medicine published two papers discussing legalized recreational and medical marijuana's impact on opioid prescriptions and the results were very interesting. The authors of the study analyzed more than five years of Medicare Part D and Medicaid prescription data and found that after states legalized marijuana, the number of opioid prescriptions and the daily dose of opioids went down considerably. These results suggest that cannabis legalization may play a beneficial role in the opioid crisis.
To examine the association between prescribing patterns for opioids in Medicare Part D and the implementation of state medical cannabis laws (MCLs), Bradford et al examined the number of prescriptions filled under Medicare Part D for all opioids as a group and for the categories of opioids by state and state-level MCLs from 2010 through 2015.
Medicare Part D prescriptions for opioids fell by 2.21 million daily doses filled per year (95% CI, −4.15 to −0.27) when MCLs went into effect in a given state.
W. David Bradford, an economist at the University of Georgia and an author of one of the studies states, "If you're interested in giving people options for pain management that don't bring the particular risks that opiates do, states should contemplate turning on dispensary-based cannabis policies." This study found that people on Medicare filled 14 percent fewer prescriptions for opioids after medical marijuana laws were passed in their states.
Similarly, Wen and Hockenberry analyzed Medicaid prescription data from 2011 to 2016 and found that both medical and recreational cannabis laws were associated with annual reductions in opioid prescribing rates of 5.88% and 6.38%, respectively. This study found that Medicaid enrollees filled nearly 40 fewer opioid prescriptions per 1,000 people each year after their state passed any law making cannabis accessible - with greater drops seen in states that legalized both medical and recreational marijuana.
With increasing focus on the opioid epidemic, these studies obviously impact current healthcare concerns.
It's important to note that medical cannabis is a drug with side effects, too. People can get high, though that depends on the concentration of the psychoactive compound, tetrahydrocannabinol, in the strain or formulation that someone is using. There is also some concern over the addictive power of medical marijuana.
Americans seem more willing than ever to accept marijuana. A recent Pew survey found that 61 percent of Americans favor legalizing marijuana. Nine states and the District of Columbia allow adults to use it for whatever reason they want, while more than 20 other U.S. states permit residents to use marijuana for medicinal purposes. But, while Americans may accept marijuana, the federal government does not. Attorney General Jeff Sessions has promised to crack down on marijuana cases.
The results of these studies are very encouraging and provide food for thought as healthcare professionals investigate alternative options in the face of the growing opioid epidemic. Obviously, a lot more research is needed on medical marijuana and it's role in pain management.
The full reports and studies can be viewed here:
The Role of Cannabis Legalization in the Opioid Crisis
At AAACEUs, we offer several courses on medical marijuana and opioid abuse. If you wish to learn more, we encourage you to take a look at the following courses:
Our courses are pre-approved by CCM, CRC, CDMS, CCAPP, NAADAC, MCBAP, CLCP, CVRP, RRP, CNLCP, RNs, and many more. 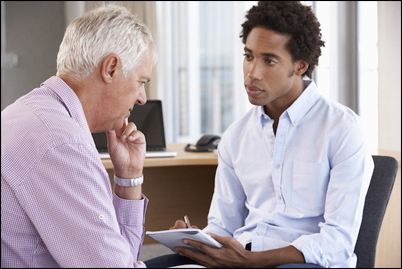